There are many purposes and reasons as to why we started our own academy. Within the Northern Beaches area there has been an immense growth in the amount of privately run “Academies” with the term Academy becoming a buzzword as such. This was never an issue until the private academies decided to start their own league called the Premier Academy league better known as PAL.

This then led to players leaving association clubs to go play for these privately-run for-profit academies. In response to this, fellow MWFA clubs started creating their own academies and extra training programs to better cater to the needs and demands of their members. We at Strikers being the biggest club on the Northern Beaches were no different and thus, our Academy was created.

The Purpose of our Academy

Our Academy differs to that of some other clubs. We already have a good amount of high quality teams that regularly finish in the top 4 if not the top 2 (see our past season winners page). This led us to assume that the team coaches we had were already of good stock and we needed something different to provide the best benefit to them.

Hence the purpose of our academy is “To create technically gifted players that good at every facet of the game. So that they can perform any role that is required of them by their team coach” Put simply, the academies focus is technical growth where our team coaches focus is tactics and how to achieve a result.

What players will learn

As mentioned above, the focus of our Academy is the holistic technical development of our players. This means that players will learn the 4 core skills that cover most aspects of the game. These are

In addition to learning the above core skills, players will also be taught both basic and advanced principles of the game. Players will then be given the chance to apply these skills and principles immediately in a game realistic environment. This is the most crucial step as players often struggle to take what happens in training into a game

We do have some expectations of kids in the academy.

We want kids to have fun playing football vs having fun mucking around at football. It is our expectation that players in the academy give the same amount of respect to our coaches that they would to their teaches and parents. This means that when the coach is talking kids are listening and paying attention.

Similarly, we want players to respect each other, meaning letting everyone have a go and when a teammate is answering a question they are listening. Players can learn from their teammates a well as their coaches.

Confident Coachable kids is what strive to create. If a player is constantly mucking around and being disruptive, they will sit out until they calm down. If the child continues to be an issue, then a word with the parents is next and if it yet again continues then unfortunately the child will be removed from the program with the money NOT refunded.

Bullying of any kind is strictly banned and is down to the perception of the person receiving it or the coach. We appreciate that kids like to make jokes and have fun. But fun at the expense of someone else is not acceptable and we have removed kids from the academy for this. We do believe in giving second chances but if a child’s behaviour is bad enough or a consistent problem, they will be removed with the money paid NOT refunded.

Does the Academy have an impact on grading?

Yes and no, Academy Kids are not 100% guaranteed a spot in the top team of their age group simply because they choose to be in the Academy. They must still be of the required standard within their age group.

However, if the grading team cannot decide between two players where one or both are in the Academy. The Academy Director’s input will be called upon to provide insight into those two players in order to help make the correct decision in regard to what team they will be placed in.

The Academy also has an impact on grading when you consider that any player participating in the Academy receives not only a greater volume of training but also a greater quality of training from paid, licensed, professional coaches.

Is The academy only open to division 1 players?

This is a topic of controversy across the association so here is our stance on it. As an a community football club, we believe that every player has the right to access extra training and join our Academy. We trust in our Academy to develop and improve any player that decides to be involved and also acknowledge that players develop at different rates.

In an attempt to group players of similar ability we encourage teams of similar division and age to train on the same night so that these kids will be able to join an academy session together. What we do not want is to create a skill gap to large where some players are not being challenged enough and others are being challenged to much.

Are the sessions mixed or gender separated?

In general yes the sessions are gender separated with boys being on a Monday/Wednesday and the girls being on a Tuesday/Thursday. However, if requested we would consider the option of, for example one of the girls joining the boys. We would then do a trial run to see if the player was being challenged appropriately and if the player was also comfortable socially as that forms an important part of the experience.

It is the eventual plan of the club to source an artificial or indoor facility in the future so that there is no need for a wet weather plan.

However, until that time arises we are at the mercy of mother nature. As such here is our wet weather plan. We will run sessions during the holiday on the exiting weekdays and or Saturday/Sunday morning. These days are free as kids do not play during the holidays.

If players are sick or away, they will still have to pay for the sessions that they do not attend throughout the term.

Sessions run throughout the term in an attempt to make them as accessible as possible. It is your choice to go away during this time. It is unfair on the academy staff and non-academy players who miss out due to sessions being full that existing players are able to reserve their spot and not pay for it.

This is also the position we take on players being minorly sick or injured. We understand that people do not get sick on purpose but we cannot reserve or hold someone’s spot if they have a cold when we have such a demand to get into the program. 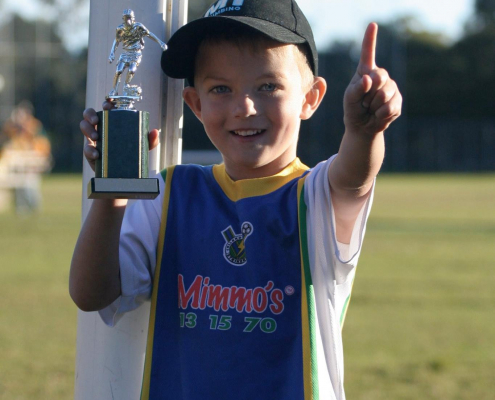 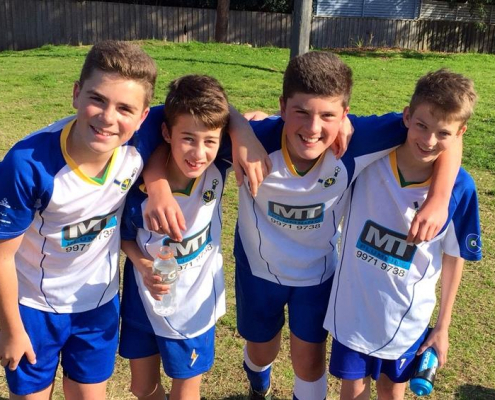 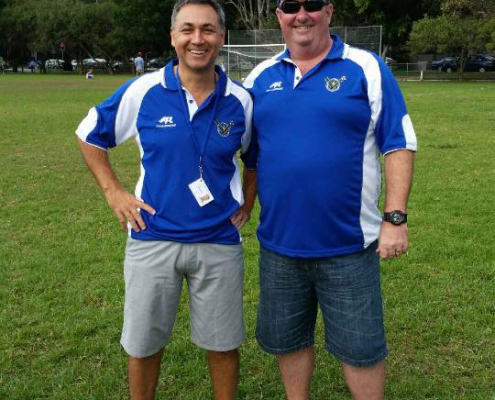 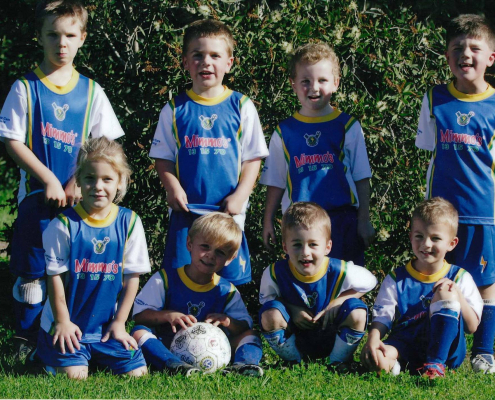 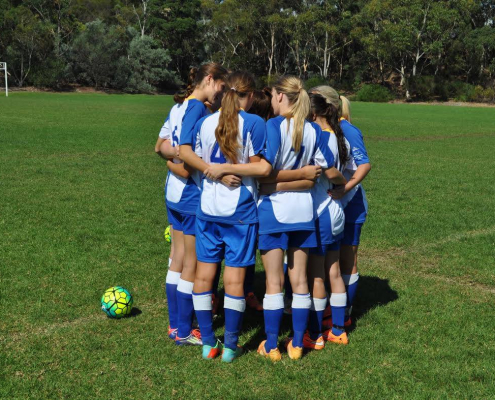 DON’T WORRY GOALKEEPERS WE HAVE YOU COVERED We

DON’T MISS OUT ON OUR SCHOOL HOLIDAY CAMP! Run

Our Strikers U18's are looking for players! If yo